Functioning as the heart and lungs, MakatiMed’s life-support system helped one young man recover from a deadly disease.

Leonardo and his family with the MakatiMed doctors and nurses after his ECMO treatment.

Save for three scars—two on his neck and one in his groin area—there is no indication that patient Leonardo (not his real name) had overcome a life-threatening illness just a few months ago, a condition that only gave him 50 percent chance of survival.

It began late last year with a dry cough, sore throat, and low-grade fever, tolerable symptoms he self-medicated with paracetamol. Then 26, Leonardo chalked it up to a hectic, sleep-deprived schedule. A call center senior payroll analyst, he worked from late evening to mid-morning, and at the time spent most of his waking hours accompanying an aunt visiting from out of town on her errands.

But the fever persisted, so from his office he was sent home to rest. Running a high temperature and experiencing back pain the next day, he brought himself to the Emergency Department (ED) of Makati Medical Center (MakatiMed). What he thought was a routine consultation turned out to be his last memory. While at the hospital’s pharmacy, he got dizzy and nearly blacked out. Thankfully, his aunt was with him and brought him back to the ED; by then, all his vital signs had dropped to dangerously low levels.

A chest X-ray and other tests revealed Leonardo had pneumonia, a bacterial infection spread through coughing, sneezing, and close contact with an infected person. Children below 2 years old and adults over 60 are at risk of contracting the disease, as are those who travel frequently (exposing themselves to large groups), and individuals with weak or compromised immune system. Leonardo, who was placed in isolation prior to his diagnosis, was eventually transferred to MakatiMed’s intensive care unit (ICU) after he developed acute respiratory distress syndrome (ARDS) due to the infection. There, he was sedated for 14 days and connected to a machine that was instrumental in saving his life.

The Extracorporeal Membrane Oxygenation, or ECMO for short, functions as a patient’s heart or lungs when these organs cannot due to a severe or critical illness or condition. Plastic tubes (or cannula) are attached to a patient’s large veins and arteries in the neck, chest, or legs, and through these tubes, the ECMO pumps blood from his body to an artificial lung that adds oxygen to it while ridding it of carbon dioxide. The machine then sends the oxygen-rich blood back to the patient’s body through a pump whose force is similar to the heart. Monitors connected to the patient allow doctors to regularly check on his heart rate, blood pressure, and oxygen levels.

A team of skilled and trained doctors and nurses worked round the clock to help the patient recover. On his 12th day in the ICU, however, his condition took a serious turn; suddenly, he was given a 50 percent chance to live. His mother, an overseas Filipino worker based in Italy, who witnessed what her son was going through via Skype, was asked by the doctors if the patient should continue with the ECMO treatment for two more days as his chances of recovering was slim. But Leonardo’s family was not willing to let him go without a fight, and insisted doctors do all that they could for him.

That’s when his condition gradually improved. After two weeks of receiving the treatment, Leonardo was taken off the ECMO machine (though he was still breathing through a ventilator) and weaned off sedation. He remained in the ICU for an additional two weeks before he was moved to a regular room where stayed for 24 days, undergoing physical therapy and gradually regaining his strength until he was well enough to be discharged.

Except for a vivid dream that he was in a hospital being attended to by a nurse named Angel (only to discover that there is no nurse by that name in the team), Leonardo has no memory of his crucial 14 days in the ICU. Family and friends quickly filled him in on the events that transpired during those two weeks. Through stories and pictures, he learned about his co-workers pooling their personal resources together to raise funds for his hospitalization, about the people who rallied to save his life, and about the machine that served as his temporary heart and lungs to help his body fight the infection.

“I said, ‘What’s ECMO?’” says Leonardo. “But I’m grateful that the doctors acted promptly. My right lung had collapsed and that’s when they decided to hook me on the machine.” Leonardo also found out that his doctors and nurses would say a prayer for him whenever they do rounds in the ICU. “The doctors told my sister that like the ECMO machine, they were just instruments of God, doing all that they could with His guidance.”

Encouraged by the uplifting attitude, genuine care, and tireless efforts of MakatiMed’s team of doctors and nurses, Leonardo did his part to ensure his full recovery. “Sige, go. Laban. Positive thoughts only,” he says. “I just reminded myself about the things I could do and places I could go once I got better.”

Four months later, Leonardo, who just turned 27, feels “super alive” like the way he did before he contracted the deadly disease. He has completed his medications, his last chest X-ray came out clear, and he recently returned to a warm welcome at work. Co-workers can now joke about the incident that nearly took his life. “They said it would be great for Maalaala Mo Kaya,” says Leonardo with a laugh. “The title of the episode is ‘ECMO.’”

Those closest to him believe that his second lease in life is not without its purpose. For Leonardo, that “purpose” includes reminding people not to take their health for granted.

“That’s one of my realizations. When you’re feeling something isn’t right about your body, even slight fever, don’t just self-medicate; consult a specialist to catch early signs of diseases which could be too risky,” he says. “I still have dreams. Masarap talagang mabuhay.” 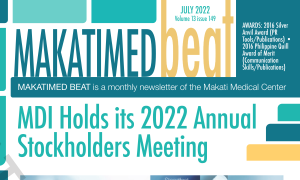 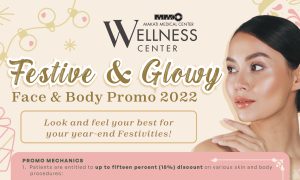 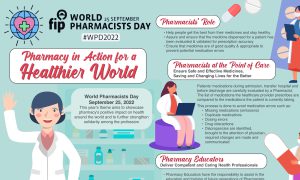 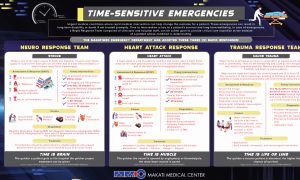